Could The New Healthcare Bill Make it Harder for You to Afford Retirement? A Great Estate Plan Can Help You Rest Easy. 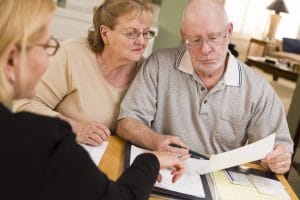 There are a lot of fears and concerns over the current state of healthcare, especially among seniors, and these concerns are not new. First, it was the introduction and passage of the Affordable Care Act, and then, just when people were getting used to the new processes, another bill was introduced to replace it.

This new healthcare reform bill, the American Health Care Act (AHCA), recently passed the House of Representatives. While it still must pass the Senate, according to most analysis, the group that will feel the greatest negative impact of this bill is seniors.

According to a Forbes article, “The AHCA would significantly raise insurance costs for people in their 50s and 60s, reduce important Medicaid benefits for the frail elderly, and put more financial pressure on Medicare.”

The Congressional Budget Office (CBO)  agrees. After the bill passed the House, the CBO projected the demographic that would see the most coverage losses under the AHCA is the population of people aged 50 and older. 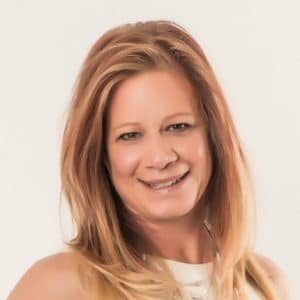 “Regrettably, it seems that healthcare uncertainty is the new reality,” said Catherine Hammond, attorney at the Hammond Law Group. “For anyone who is worried about healthcare, to me, the big picture is to prepare yourself financially for future changes and make those plans as flexible as possible. Estate planning is all about putting things in place now to maximize the options you have down the road.”

Here’s how the AHCA is likely to affect seniors. The AHCA would allow insurers to charge older consumers premiums up to five times the price for young buyers.

In addition, the AHCA will adopt a policy known as a “per capita cap” for Medicaid, where each state would receive a set amount of money per Medicaid beneficiary. To account for inflation, this amount would grow from year to year according to the medical component of the Consumer Price Index (CPI).

However, the CPI is growing slower than Medicaid costs are expected to rise, according to the Center on Budget and Policy Priorities. So, switching to a per capita cap is likely equal to a Medicaid cut that amounts to billions of dollars over 10 years.

Particularly at risk is community-based Medicaid, which enables seniors to stay at home with support. Community-based Medicaid is likely to be one of the first cuts. This could cause many seniors currently receiving support to consider leaving their homes and finding a care facility they can trust.

“Anytime we’re looking at cuts to Medicaid benefits it’s a concern for seniors,” said Hammond. “The best option is for seniors to take action before they are on Medicaid to maximize their choices no matter what happens to healthcare down the road. The potential consequences of losing long-term care options are devastating for families. So, it’s all about planning ahead and not waiting until you’re on Medicaid.”

Fortunately, according to Hammond, meeting with an estate attorney can help seniors prepare for the future and unknown healthcare complications.

“For people who are seniors and not yet on Medicaid, there are two areas where they need to prepare: financial and legal,” said Hammond. “On the financial side, we can help people make sure that their investments are solid. I also strongly recommend long-term care insurance, and purchasing that earlier in life is better because it’s more affordable while someone is younger and healthier.

“On the legal side, it’s about having an estate plan that will empower somebody to pay your bills and manage your money and insurance, so they are able to do some juggling around whatever ends up happening with healthcare and Medicaid. Right now, for people who are looking at going on Medicaid, they have to spend down to their last $2,000. However, there are some steps we can take to help people keep some of their money.”

Healthcare uncertainty is the new normal, but that doesn’t mean seniors, and those who will one day become seniors, are without options. You can take charge of your future by meeting with an estate attorney to minimize your own uncertainty.

“It’s not surprising that people would be worried about the potential changes to healthcare. The way I see it, we have two options: we can worry or we can plan. And I always recommend planning,” said Hammond.

“The specific things I would recommend are for people to meet with an estate planning attorney to review their current plan and/or get a plan in place and speak to a long-term care planning specialist to look at financial options.”

To learn more about your options for estate planning, click here to register for educational workshops provided by the Hammond Law Group team.