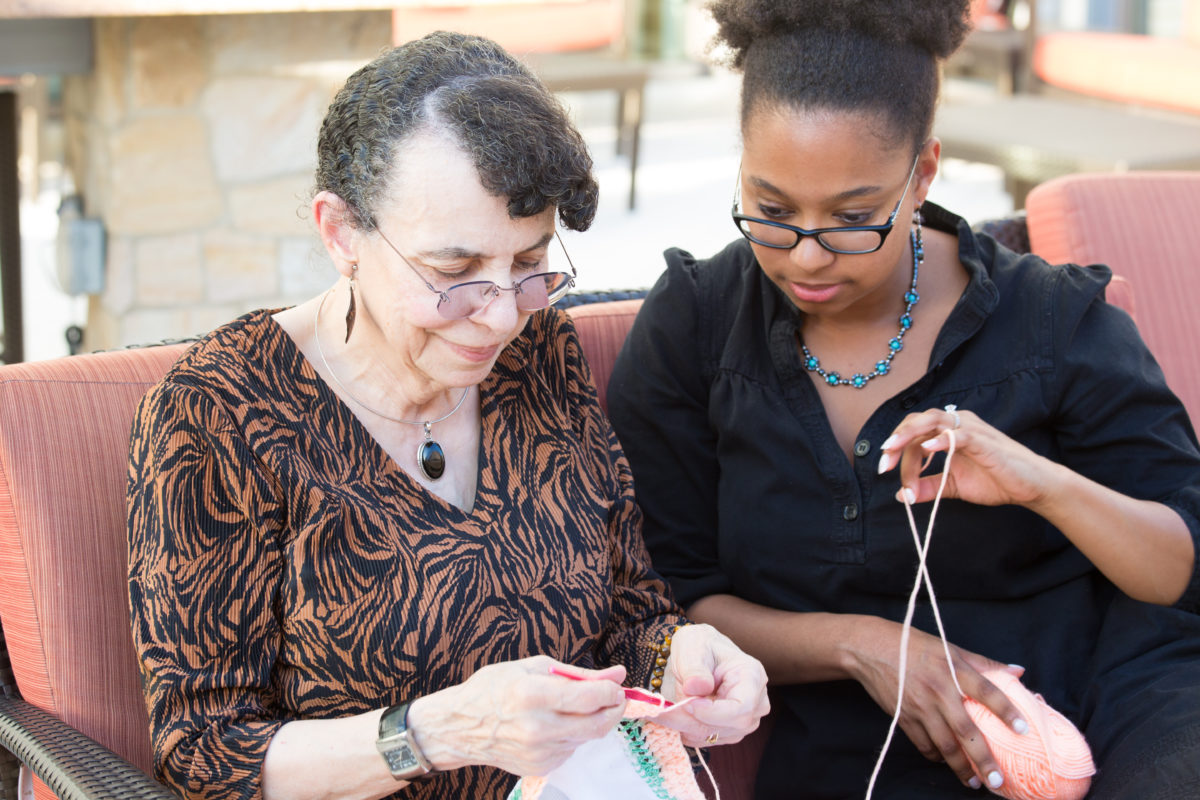 A diagnosis of Alzheimer’s disease or another form of dementia is an emotional and difficult time, not just for the person immediately affected; their entire family feels it.

As difficult as it may be, it’s important to make caregiver and financial plans as soon as possible after a diagnosis. Unfortunately, the suffering of dementia is often made more difficult when family members do not plan enough for the progression of the disease.

“Families fall apart fairly quickly over these things, and for me that is one of the most important reasons for each of us to have a plan in place ahead of time and to communicate with our family about it so that we can at least minimize these issues,” said Catherine Hammond, attorney at the Hammond Law Group, which practices only estate planning and elder law.

“When I was 20, my mother was diagnosed with early-onset Alzheimer’s disease. We moved her into a nursing home a couple of years later, when she was 57. Regrettably, I’m intimately acquainted with what happens when no plans are in place because that was the case for my mom. I had to get appointed as conservator and guardian just so I could make basic decisions. That’s what happens when people do not have good, comprehensive documents in place when they become incapacitated. The court has to decide every little thing, and a lot of the time it’s literally just guesswork.”

Are you, or is someone you love, dealing with a diagnosis of Alzheimer’s disease or another form of dementia? Take action now to minimize the stress and burden on your family later.

Should you receive a diagnosis, there are many steps to prepare for the progression of the disease. One of these is setting your affairs in order with estate planning.

“The first thing someone should do after receiving a diagnosis is take whatever documents they have in place to an elder law attorney and have them reviewed. The attorney will help determine which documents are still valid, where there are the gaps, and what needs to be done to fill those gaps,” said Hammond.

These documents will empower the person you choose to handle your affairs, without getting lawyers and judges involved:

“There are a billion things that could make these documents not valid anymore. Some of those documents are no good if they are too old. They may be poorly drafted or not have exactly the right language to keep us out of court if we become incapacitated.”

In addition, dementia care can be incredibly expensive – over $100,000 a year if you end up in a nursing home­ – so financial planning is vital.

“It’s important to find out what resources you have as soon as possible after a diagnosis,” said Hammond. “This includes looking at bank accounts, investments, retirement accounts, health insurance, disability insurance, and long-term care insurance. You want to know about assets and projected future income. If there’s a financial advisor, you’ll want to meet with him/her to make sure you have the full picture. That’s the next step after meeting with an estate-planning attorney to discuss your options.”

Preparing for the Future

Dementia is a disease that spares no one. While the majority of those affected are age 65 and older, last year a 31-year-old woman was diagnosed with a rare form of dementia just months after she was married.

However, a recent study has shown that the rates of Alzheimer’s disease and other forms of dementia have dropped significantly over the last decade.  The study couldn’t pinpoint a single reason for the decline. However, it noted that the rates of stroke and heart attack decreased across generations and that an increased focus on health could be a factor. In addition, everyday there are new methods to detect dementia, including using eye tests and virtual reality.

Some early warning signs of dementia include cognitive and psychological changes, such as:

Even though the rate of dementia has declined, the actual number of people with dementia is expected to increase dramatically as baby boomers age.

“While the rates may be going down, the problem is far from going away,” said James Hendrix, director of global science initiatives at the Alzheimer’s Association.

“Finding the right elder law attorney makes all the difference in the world,” said Hammond. “There are lots of attorneys who draft wills and handle probates, but very few who are intimately acquainted with the issues that come up during disability and how to avoid them altogether.

“For most of our clients, maintaining harmony in the family is one of their top goals. Discussing your estate plan with your family, including who was chosen as personal representative and why, can reduce the likelihood that relationships between your children and other relatives will blow up when you become disabled or die. We all know someone whose family quit speaking to each other after mom or dad died. Having good conversations now can help make sure that won’t be your family.”

Check the workshop schedule to start the hard, necessary conversation about preparing your loved ones to know what to do if you’re incapacitated. The compassionate team at the Hammond Law Group is ready to help set your affairs in order.